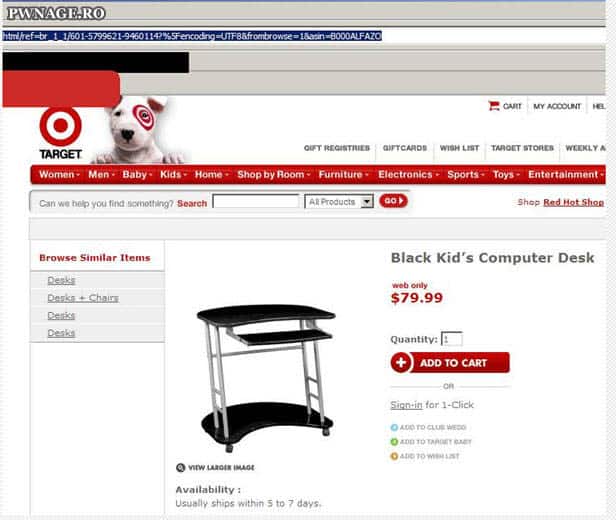 Yada Newsletter–Even BIg Brands Make Mistakes—SEO Bloodbath.. In February Google updated it’s algorithm yet again. Now the reason for this is up for speculation but Google has said its to make a better user experience. In Google’s eye, they would like every search to serve up exactly what the searcher is looking for. Its earlier updates have always favored high quality content that creates a great user experience. I don’t think anyone would argue with that. I surely won’t or don’t. ,

Headless Mannequins and Live Bunnies plus setting up Google+ for your biz!

Google News-Google+ Business Pages–Video on how to set up!
By Laura
Google+ is gaining headway and this time I think Google has it right.There are many things that they are doing right. It’s a nice and clean interface-it’s easy to share information and sort friends and acquaintances but in my opinion the major advantage for business when it comes to Google+ is two fold:

Last year when Facebook opened up it’s Open Graph Protocol to website owners and developers, the impact was huge.  Up until then, social media mentions were just done on social media–with Open Graph, we in essence, never left Facebook–when we went to another site, if we liked the content, all we had to do is click […]

Having trouble viewing this email? Click here Marketing Fail of the Week It’s good to know that the Stoner Organization is in the same building as the Office of the Attorney General…I found this in St. Pete, near my house a few months ago! Have you been SLAPPED? by Steve Every once in a while […]

Marketing Fail of the Week Courtesy of Facebook Friend A good reason not to litter?? Facebook now TOPS Google by Laura CNN is now reporting that Facebook traffic had passed Google and in a hurry! My friend Ryan Deiss predicted this in January and man was he ever right. Now, Ryan has massed the largest […]

My exile from Facebook and my way back to their good graces.

Yes, Facebook disabled ME! About two weeks ago I found myself exiled from Facebook. I went to login as I do several times a day and I discovered my account had been disabled for violating the terms of service. At least that’s what the cold screen said. There was a link to click if you […]

Have I lost The Links to my domain?

I have had several of my students to contact me over the last few weeks because they’ve thought some of the links they have built to their websites have been lost. Typically in SEO, one of the ways we can tell which links we built are indexed by the search engines is by is by […]

I know I’ve always been telling you about all the Google changes–sometimes I like them and sometimes I don’t. For example, I don’t like Google instant, the new change that shows search results before you’re done making a query. In fact, I’ve turned that off as I found bothersome. I am though, very interested in […]

Why SEO costs what it does

Why SEO costs what it does and why you should never hire someone who fills out your lead form and gives their address as @gmail.com I need to go on a rant here for a minute.  Has this ever happened to you?  On four separate occasions in the last three weeks someone with an e-mail […]

Announcement: My exile from Facebook and my way back to their good graces.

Facebook Disabled me: About two weeks ago I found myself exiled from Facebook. I went to login as I do several times a day and I discovered my account had been disabled for violating the terms of service. At least that’s what the cold screen said. There was a link to click if you disagreed […]

Marketing Fail of the Week Courtesy of Failblog.org Something tells me that the good folk in Salt Lake Utah didn’t realize they had a branding issue. It pays to check out a proof before going to print. The Cats Out of the Bag… by Laura In our last newsletter I alluded to a well known […]

Drag-and-Drop Your Images into Google Docs: Google has just added the ability to drag-and-drop images from the des… http://bit.ly/cbOiuN # First Look: Starbucks Digital Network Is Here: Beginning Wednesday, Starbucks customers who use the free Wi-Fi at … http://bit.ly/dqOzc8 # Mozilla Jumps into the App Store Game, But Can It Compete with Google?: With the […]